Jared Dove, Maintenance Technician at the Hampton Inn Milwaukee/Brookfield, has been selected as the Aileron Management Spotlight Employee of the Month. He was nominated for demonstrating Aileron’s core value of “Innovative” by Matt Besch, Chief Engineer.

“Jared is a great Hampton Inn employee because he is passionate about his job and takes pride in his work. He never allows a wall to close in on him. He does a great job with customer service, not only with our external guests, but also with the internal team members he works with” said Matt.

“Jared demonstrated innovation with a recent TV repair. The hotel was sold out and one of our rooms had a damaged TV. We did not have time to obtain a new TV before the guest arrived. We had a broken TV that we were using for miscellaneous spare parts. It had never been used to repair a broken TV in the past. Jared came up with the idea to remove the motherboard and motherboard connection from the spare parts TV and use it in the non-working TV in the guest room. After the repair, the broken TV was as good as new. This saved us from turning away a guest and several hundred dollars for a new TV. The fact that he was not afraid to try something new resulted in the discovery of a new way to repair TVs at the hotel and the realization that we may only need small inexpensive part to repair a pricey item. Jared is a great example of not being afraid to think outside of the box and open new doors.” 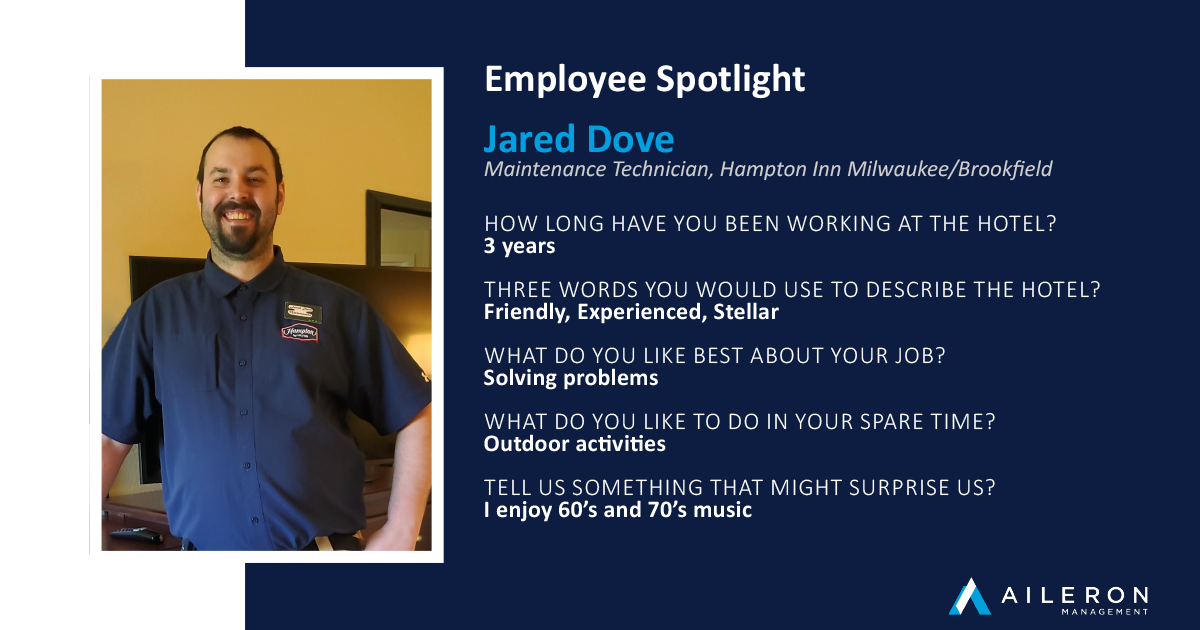